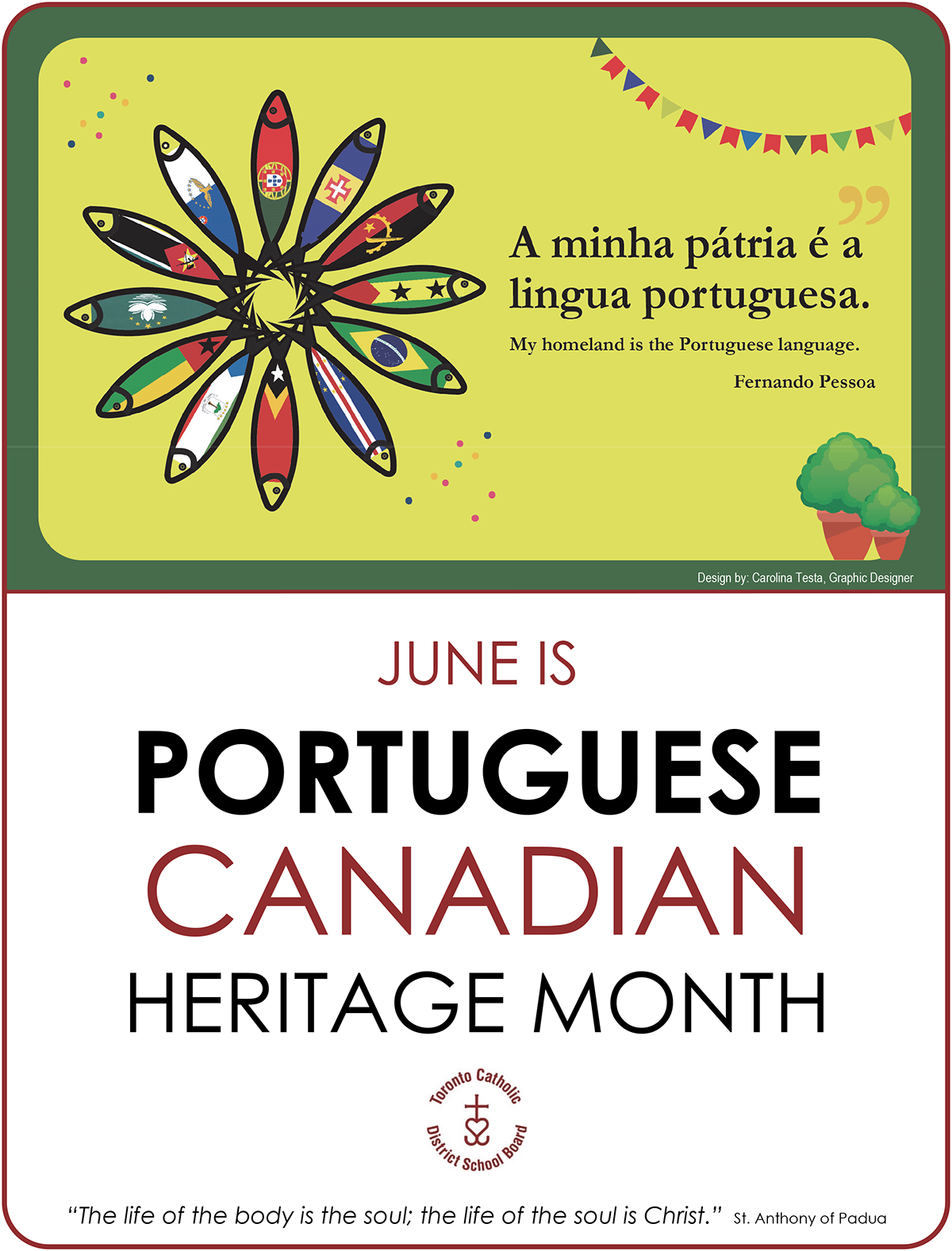 We have developed a range of resources and events that you can use to learn more about the Portuguese heritage and to celebrate Portuguese Canadian Heritage Month.

WHEREAS in 2001 the Government of Canada enacted June 10th as Portugal Day and the month of June as Portuguese Heritage Month;

AND WHEREAS the Portuguese Canadian communities, which have contributed towards the growth and development of our country since the year 1500, continue to make many significant contributions to our society and to enrich it with its history, language, culture and work ethic;

AND WHEREAS the history of the Toronto Catholic District School Board is rich in Portuguese traditions and culture, as seen through student, parent and staff representation;

AND WHEREAS June 10th is the anniversary of the death of Luis de Camoes, Portuguese poet who wrote the Lusiads epic poems narrating the history of Portugal;