"Women should and can provide something more than ordinary in the face of the common need."

Loretto Abbey Catholic Secondary School carries on a century-old tradition of excellence in education for young women. Our girls are distinguished by their exceptional confidence, imagination, compassion, leadership and high aspirations. Our program is guided by our enduring values of excellence, creativity, diversity, social justice, and spirituality. We encourage our students to excel at academics and to excel at pursuits outside the classroom.

Loretto Abbey has grown into a caring community that nurtures each girl’s unique talents and strengths.  We strive to help each of our students to achieve their full potential spiritually, intellectually, socially and emotionally in the context of a faith community of women who seek truth and act for justice.  Each day, we challenge and inspire our students to love learning and to contribute to shaping a better world.

Our faculty is devoted to helping and challenging our students to do their best.  Loretto Abbey students enjoy a wide range of co-curricular, athletic, artistic and leadership opportunities that make for a rich, vibrant school life. 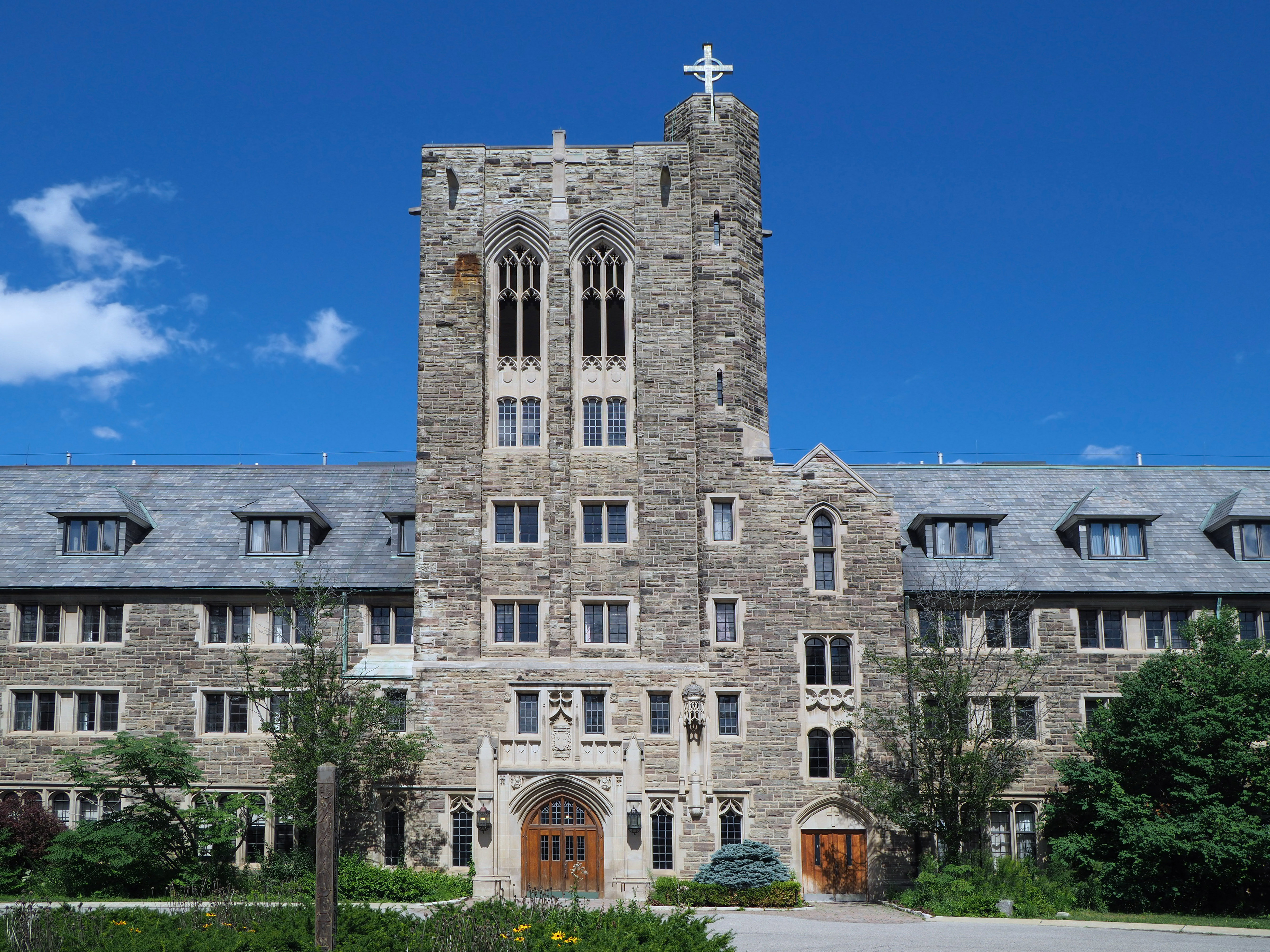 The history of Loretto Abbey lies deep in the history of Toronto. The Abbey, a school for girls, was established by the religious of the Institute of the Blessed Virgin Mary (IBVM), better known as the Loretto Sisters. The Institute, which has a long tradition in education, was founded for that purpose early in the 17th century by an English woman, Mary Ward. Mary Ward has been described by Pope Pius XII as “that incomparable woman given to the Church by England in its most somber and bloodstained hours”.

On September 16, 1847, there came from Loretto Abbey, Rathfarmham, Ireland, at the invitation of the first Bishop of Toronto, the Most Reverend Michael Power, five young missionary sisters, all in their 20s, who would be the first religious teachers in the newly formed diocese. A house was secured for the community on the north side of Duke Street and a school was opened on September 29th. The school was planned on the model the sisters had known and Bishop Power had admired at Loretto Abbey, Rathfarmham. The school was moved in 1853 to a three-story frame building between King and Adelaide Streets on Bathurst Street. The school was later moved to a new building on Bond Street. By 1860, the number of pupils who had attended Loretto House was more than 1500.

In February 1867 the Loretto Sisters purchased Lyndhurst, an interesting property on Wellington Street West. The house had been built around 1835 by the Attorney-General Robert Jameson, for his English bride. After Mrs. Jameson returned to England, the house was sold to Frederick Widder of the Canada Company, who named it Lyndhurst, and who entertained many distinguished guests in it including in 1860, the Prince of Wales, later Edward VII. The house was enlarged to meet the needs of the school, and the name Loretto Abbey was given as in Ireland.

For many years, the Abbey was a private grammar and finishing school following a pattern distinctive to the Loretto tradition. Toronto was growing rapidly. The once beautiful residential district bordering the lake in the vicinity of Wellington Place, was fast becoming industrialized and quite unsuitable for a girls' school. Property was acquired in North York just beyond the city limits.

On Sunday, May 22, 1927, the cornerstone was laid and in September 1928, the impressive Tudor Gothic building of cut stone, the new Abbey, opened its doors to more than 100 boarders and as many day students. In 1986, Loretto Abbey High School became a member of the Metropolitan Separate School Board - now the Toronto Catholic District School Board (TCDSB) - family of schools.

Christ and His teachings permeate all aspects of life at Loretto Abbey.  Everyone is a child of God, unique and special.  Everyone is treated with respect and with dignity.  Students meet Christ sacramentally in school liturgies and in the retreat program, and come to know the mind of Christ in religion class.

A safe and welcoming learning environment is ensured for all.  The Abbey Watch program with visits from Metro Police Assault Unit, Street Crime Unit and the TTC Safety Watch Department and tae-kwon-do taught in grade 9 and 10 physical education remind students to “always think safety”.

Excellence characterizes the academic program at the Abbey.  An extended French program is available for students with appropriate qualifications.  ​Programs such as Shad Valley, Advanced Placement and University Mentorship offer enrichment opportunities for all students.  Excursions to foreign countries are available to enhance student learning.  Our respected cooperative education program offers opportunities for student career exploration and to put theoretical knowledge learned in the classroom to practical use in the workplace.  At the Abbey, the largest number of secondary school students within the board is enrolled in music courses.  Computers across the curriculum are of utmost importance and a state-of-the-art cross-curricular lab is available to enrich all academic courses. Our science program is one of the largest within our system.  We have eight sections of Physics alone.  The gifted program is a service provided for students who require additional challenge and different programming to meet their full potential according to their needs, interests and abilities.

Our students are encouraged to participate in our extensive co-curricular program including music, drama productions, numerous clubs and a variety of athletic programs at the intramural and extramural levels.  Opportunities to enter business, English, mathematical and biology competitions and school science fairs are available to motivate students to reach greater heights.  The entire program at Loretto Abbey is designed to challenge all students to learn and equip themselves with knowledge, skills and values needed to take an active role as Christian leaders in our modern Canadian society of the 21st century.​