At Loretto Abbey Catholic Secondary School, we are proud to offer the Extended French stream of French learning for our students. This pathway of bilingual education will develop an authentic appreciation of Canada's cultural and linguistic diversity, while simultaneously exposing our students to an international perspective in an increasingly globalized society.

The aim of the Extended French Program is to develop the student’s French language knowledge and skills and to provide them with an understanding and appreciation of francophone culture in Canada and around the world.

By the end of the four-year program, students will be able to:

Students who have completed a minimum of 1260 hours of instruction in the French language at an elementary school level are qualified to apply to this program. This includes (but is not limited to) students coming from an Elementary program with Extended French, French Immersion, or a full-French language school.

Acceptance to this program will depend on the number of applicants in the given year and all other admission policies.

Students who have successfully completed the sequence of four courses in Extended French:  FEF 1D1, 2D1, 3U1 and 4U1 and a minimum three (3) additional courses in other subjects, taught in French, will be granted an “Extended French Certificate” at graduation. 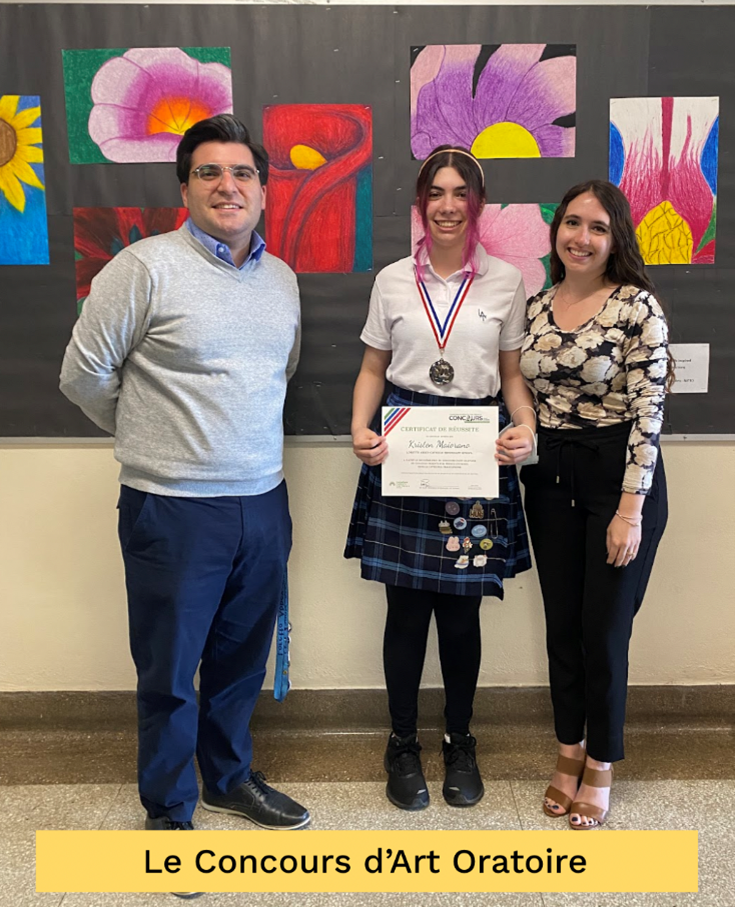