​​The Toronto Catholic District School Board (TCDSB) maintains its commitment to equity and inclusion as ever-present goals, critical responsibilities and moral imperatives.

The vision of our 2022 Anti-Racism Conference for students in Grades 7-12 is to support TCDSB call to equity, which promotes action with sincerity, integrity, and commitment to ensure that everyone feels a sense of belonging and is encouraged and supported to thrive and succeed to the best of their abilities. This sense of belonging is part of the nurturing goals of our Catholic community.

This conference is an opportunity for the TCDSB community to:

All TCDSB schools are invited to participate in this conference. Please note that teachers must register for their classes (students should not be registering on their own).

Please send your questions or comments about this event to Jody Huang at jodelyn.huang@tcdsb.org. 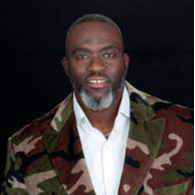 Farley Flex is a partner at Urban Rez Solutions - Social Enterprise, an integrated community and social service company specializing in the fulfillment of the untapped potential of racialized and marginalized communities and individuals everywhere. As an innovator and trailblazer in community capacity building, the entertainment industry and media, Flex has devised and contributed to the establishment of several groundbreaking initiatives including REAL School, Take Back Ur World, Just Think 1st, Say It Loud and MentorME.

As part of the founding team, Flex’s roles as VP Business Development and Music Director were instrumental in launching Canada’s first Black owned and operated commercial radio station FLOW 93.5, which is largely responsible for the commercial success of scores of Black musical artists in Canada including Drake, Jully Black, K-os and Kardinal Offishall. As an artist manager and media consultant he was selected as a perennial judge on Canadian Idol from 2003- 2008.

Along with his business partner Roderick Brereton, Flex has developed a pedagogy that infuses pop culture and its ubiquitous appeal with youth engagement strategies. The model has been tremendously impactive amongst the hardest to reach youth in Black and Indigenous communities across Canada.

Flex has been the recipient of several community and entertainment industry awards of recognition and achievement including induction into the Scarborough Walk of Fame, the Harry Jerome Award for Entertainment and Community Service, two Juno Awards as Manager of Maestro Fresh-Wes, the Queen Elizabeth Diamond Jubilee Award for Protecting the World’s Most Vulnerable Children, two Bob Marley Awards, the Canadian Urban Music Association Lifetime Achievement Award, an Honorary Diploma in Broadcasting from Fanshawe College, the BBPA, Men of Excellence Award for Community Service, Entertainment and Business and more.

Flex defines himself as being at one with his interests, Entertainment, Sports and People or ESP. His ability to balance business with social responsibility has rendered him highly influential in both circles. Most recently Flex was contracted as Talent Director, Creative Director and Executive Producer of the province’s New Year’s Eve television production “From Ontario with Love”, championed by the Hon. Lisa MacLeod Minister of Heritage, Sports, Culture and Tourism.

Always seeking opportunities to create positive change, Flex is currently producing and executive producing a social commentary laden, hip hop based comedy-drama that he co-created for CBC and scheduled for broadcast later this year. 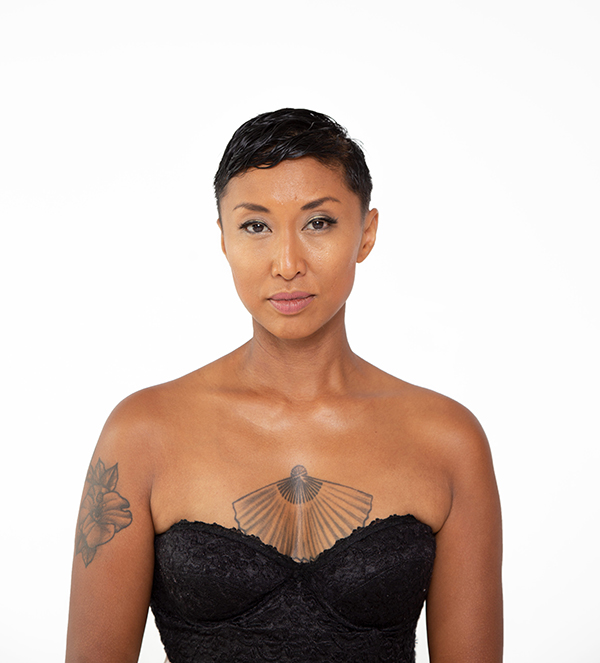 Catherine Hernandez (she/her) is an award-winning author and screenwriter. She is a proud queer woman who is of Filipino, Spanish, Chinese and Indian descent and married into the Navajo Nation. Her first novel, Scarborough, won the Jim Wong-Chu Award for the unpublished manuscript; was a finalist for the Toronto Book Awards, the Evergreen Forest of Reading Award, the Edmund White Award, and the Trillium Book Award; and was longlisted for Canada Reads. She has written the critically acclaimed plays Singkil, The Femme Playlist and Eating with Lola and the children’s books M Is for Mustache: A Pride ABC Book and I Promise.

Catherine recently wrote the screenplay for the film adaptation of Scarborough, produced by Compy Films with support from Telefilm Canada and Reel Asian Film Festival. The film had its world premiere at the 2021 Toronto International Film Festival and was picked up for distribution by levelFILM. She is the creator of Audible Original’s audio sketch comedy series Imminent Disaster. Her second novel, Crosshairs, published simultaneously in Canada and the US and the UK, was shortlisted for the Toronto Book Award and made the CBC’s Best Canadian Fiction, NOW Magazine’s 10 Best Books, Indigo Best Book, Audible Best Audiobooks and NBC 20 Best LGBTQ Books list of 2020.

Catherine's third children’s book, Where Do Your Feelings Live? which is a guide for kids living through these scary times, has been commissioned by HarperCollins Canada and will be published in winter 2022. Her third novel, PSW, about the unlikely friendship between a caregiver and her elderly client, will be published in winter 2023 by HarperCollins Canada. 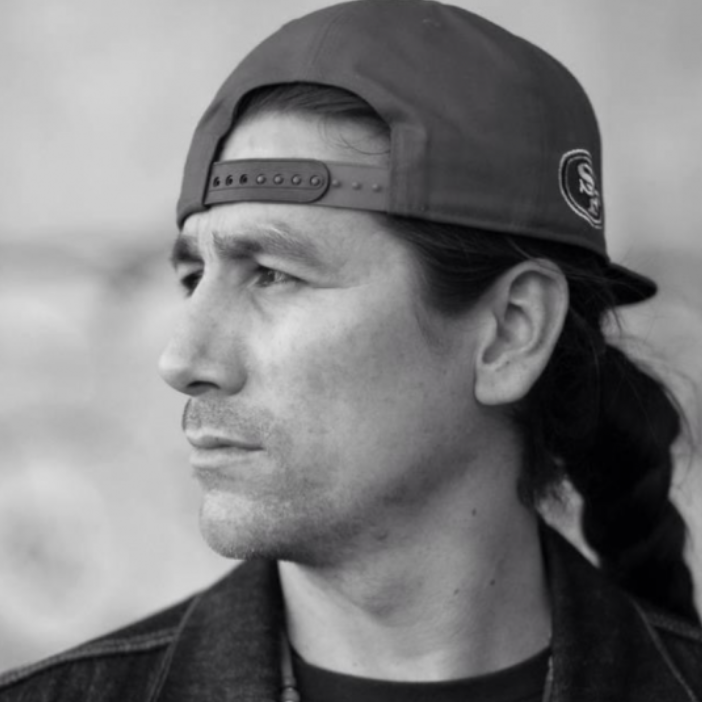 Que Rock, also known as "Dancing Spirit" is an artist from Nipissing First Nation. He started life learning teaching ceremonies through visual healing art forms. Painting, dancing, leatherwork and story telling were taught through traditional Anishnaabe and Odawa ways. His mentors encouraged him to be creative and to not let anything go to waste. As a graffiti artist, Que Rock’s work has matured from quick pieces into large street art projects and canvas work. Using Anishnaabe teachings and different methods, he focuses on unique painting styles and techniques to create smooth transitions of colour, blending abstract form with realism and expressionism.