Every year, Celtic Canadian Heritage Month has been celebrated throughout the Toronto Catholic District School Board (TCDSB), since its introduction in 2​008.

Irish immigration to Canada is remembered through several pivotal episodes in Canadian history: the 1820s – Peter Robinson ships; also the mid-1800s – the Irish potato Famine era when thousands of Irish arrived in Canada, along the Maritimes coasts, to Quebec and Toronto also. Later the 1860s.

Another wave of emigration to Toronto is remembered by today’s families whose parents or grandparents came during the 1940s 50s and 60s. A great number of men worked on the Toronto Transit building the subway tunnels. And many more on construction sites building roads & railway.

Learn more about Celtic heritage with these resources: 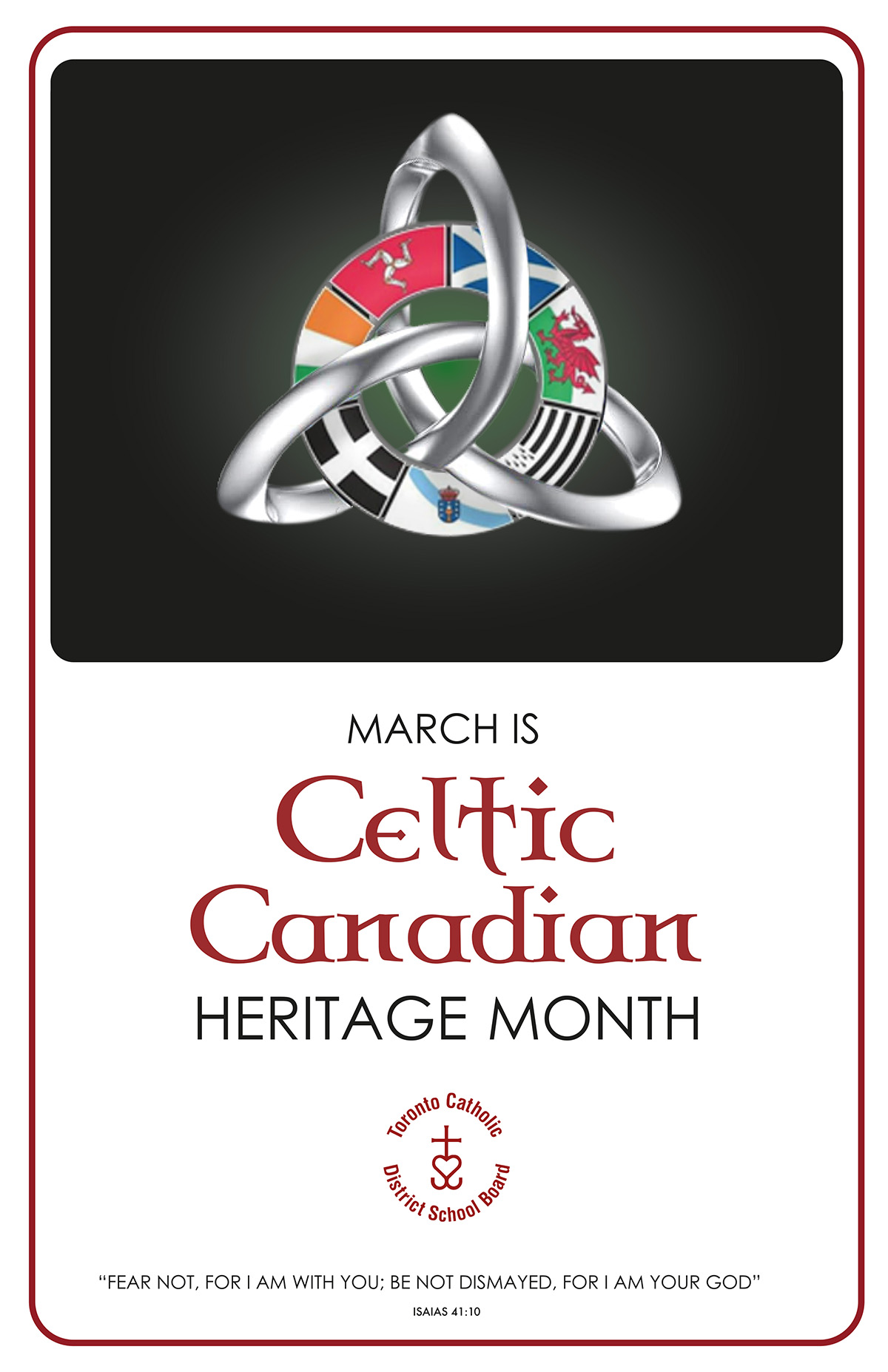