National Day for Truth and Reconciliation

We must cherish our inheritance. We must preserve our nationality for the youth of our future. The story should be written down to pass on. – Louis Riel

November 16 is Louis Riel Day. Every year on this day, the anniversary of the death of Louis Riel, Canadians from across Canada come together to remember him, his cause, and his legacy.

Riel fought for the rights of all landowners in Western Canada, including First Nation people, Métis people, and European settlers. He fought for the protection of language rights for both French and English speaking people, even though he himself spoke French and French was the dominant language in Red River. He dreamed of the day when the religious prejudices of Europe would not impact the people in what is now Canada. 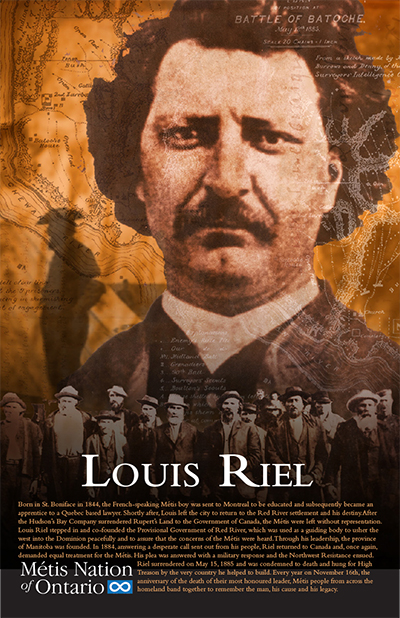