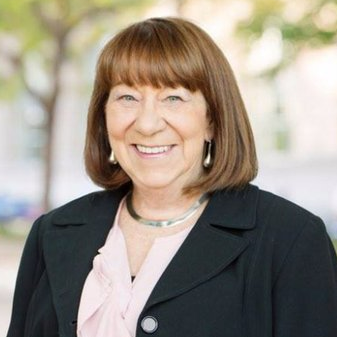 Angela and her husband Alistair are the proud parents of seven boys, and now have ten grandchildren and one great-grandchild. Angela was extensively involved in her children’s education. She served on the Parent Teacher Association for St. John Fisher Catholic School, St. Kateri Catholic School and Brebeuf College School. She was the founding president of the Brebeuf PTA, and founded the Kateri Kids Child Care Centre. She served as Chair of the TRC –The Toronto Regional Council of the Federation of Catholic Teachers and Parents of Ontario, which was the forerunner of the Toronto Association of Parents in Catholic Education.

Her training ground for her local political career was involved in the founding of the Ontario Nurses Association through the efforts of RNAO in the early 1970s. She became the local president of the Toronto East General Hospital Nurses Union (LOCAL 115), a position she held for 10 years. During this time, she served on the local negotiating committee, as well as the grievance and occupational health and safety committees. Angela is a Registered Nurse (RN) who is a certified diabetes educator (CDE). She is currently employed at Michael Garron Hospital (formerly known as Toronto East General Hospital), where she has worked for over 50 years.

Angela played a lead role from 2000-2002 in developing the innovative partnership between two community health care centers and the community hospital to provide diabetes education programs for people with type 2 diabetes. The Diabetes Community Network for East Toronto (DECNET) received funding from the Ministry of Health and Long-Term Care and is now the model throughout the province of Ontario.

During her terms as trustee, she has served in the capacity of:

Angela Kennedy Trustee Ward 11 is a recipient of this award because she has demonstrated a commitment to witnessing her faith by putting her Catholic values into action and encouraging others to follow her example. Her recent work for the St. Brigid Out of the Cold Program is an example of her many years of leadership in the Catholic Community. Trustee Kennedy’s service as a parent has encouraged parental engagement and reinforced the important correlation between parental involvement and student success. The enthusiasm and passion she has displayed in health care and education is a legacy that continues to improve the health care and well-being of the community at large. At the same time as trustee, she has been actively dedicated to equity and inclusion, the elimination of racial discrimination and the celebration of our cultural diversity through a variety of initiatives including involvement in Asian Heritage Month celebrations. - 2015 Queen Elizabeth II Diamond Jubilee Medal nomination